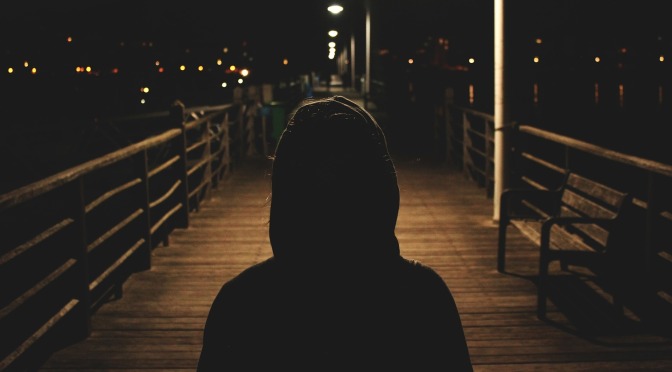 As A MGTOW you have decided to go your own way, to make your own decisions. But some men think the have gone their own way, just because they have sworn off women. And that’s the position they take, while they are living unhealthy, unproductive and, first and foremost, unhappy lives. They are basically attached to stuff that keeps them on the consumerist plantation: they eat an unhealthy diet, they don’t get any exercise, they watch TV and YouTube all day, and spend the rest of their time playing stupid games on their phones. For each its own.

What do you want to be?

But if you truly decide to go your own way, and you really grab your autonomy, your self-governance, really tightly, and you say: “from now on I will go my own path, follow my own rules” then what happens afterwards defines what your own way is. It defines the MAN that goes his own way. I ask myself these questions: what is the man that I want to be? Do I want to see MGTOW as an opportunity for strength? Or do I see MGTOW as an excuse for my weaknesses, my laziness, my sloth, my addictions, or whatever destructive behaviors you may have?

In my opinion, by going MGTOW a man creates the chance to truly do what he wants. He turns his back to marriage, does not prioritize women anymore, is very reluctant to have kids. Also, which is my own philosophy, a man going his own way is able to live as a minimalist. Minimalism doesn’t have to be the main goal, but minimalism can be a great vessel for success. Comfort, stuff, that shit is for women and children.

What do we really need as men? Do we need the responsibility of a family, do we need the nagging wife or the soul destroying 70 hour workweek to pay off some mortgage from a house somewhere in white fence simp city that we never wanted? Do we need all the luxuries that companies want to sell us? Do we need to slave away on the plantation? No! We don’t need to live that way if we choose to.

There is another way. And that way will open the door to the most valuable thing there is. And that thing is time. Not money, not status, not resources, not vajayjay. Therefore I can say that the greatest strength of MGTOW is the access to an abundance of time. Time is the very essence of life. And it’s ticking away second by second. And with this precious gift, why aren’t you smashing life yet? Why are you holding on to the remnants of a shitty life, while a better life is for the taking? I mean: if you see that star in the distance, at the end of the river stream, why not muster the courage, let go of all bullshit… and take it?

Also, I see many men slide into a form of nihilism. Nihilism is dangerous, although fanaticism, its opposite, is dangerous as well. Nihilism is the biggest threat for MGTOW, simply because MGTOW men are very susceptible to it. And that’s understandable. The wife, the 2.5 kid, the happy sheltered existence that society promised us: we have decided that we don’t want that anymore, because it sucks. But now that’s gone, where to live for?

Not having any direction in life can destroy your soul; it will lead to destructive habits and poor life choices. In many cases, it leads to you not making any choices at all. The choices will be made for you. Which means that you are just supplicating other people’s lives and not your own. Having no direction in life leads to a slow death of the soul. It’s like drowning in a river.

What to do with your life?

Well. Do you realize what you are? You are a man. You are a being with enormous potential, and we have our history books as proof. The great men of the past found greatness by following a deep desire that kept the flame burning within them. A fire that has burned out long ago in the hearts of many men. I want you to reignite the fire, gentlemen. I want you to make the river boil because of your passion. I want you to move through that river like a bullet. Let go. What do you have to lose? The star at the end is yours, and society cannot stop you from taking it. It doesn’t have to be the highest and brightest one; it should be the one that fits you. It’s all yours to decide which one that is. And just by embracing that freedom of choice, you are already fulfilled. And that’s what MGTOW is all about if you ask me.

For The Individual Man